Emily is a PhD candidate at Newcastle University, UK, researching how nuclear weapons are represented in contemporary popular culture. Her work understands popular culture as a site of nuclear politics in the everyday. She has an MA in Political Communication and a BA in International Relations from the University of Leeds, UK. Emily is a mentee for the EU’s Next Generation Initiative: ‘Young Women in Non-proliferation and Disarmament’. She has presented her research at the European International Studies Association conference (EISA) and the Popular Culture and World Politics conference (PCWP), among others. For those attending the Political Studies Association Conference this April, you can hear Emily discuss her research on the Gendered Political Communication special panel.

To provide some background, we started off by asking Emily to tell us about the  research interests she is exploring at the moment…

In terms of my own research, I am interested in the ways in which contemporary popular culture reflects, challenges, or produces knowledge about nuclear weapons politics. Overall, my thesis  illustrates how popular culture has a lot to tell us about the production and reception of ideas about nuclear politics, with profound political consequences. Doing so reveals political discourses that are so widely reproduced that their political (and often problematic) nature may no longer be easily recognisable. Underlying my project is an unapologetically activist voice – a voice highlighting the injustice and danger of nuclear weapons and calling for a world free of weapons of mass destruction. It is a call for fresh-thinking and creative approaches; only by stepping outside the mainstream can we expect to find new and revolutionary ideas. When popular culture is taken seriously as a site of power in world politics, the boundaries of what ‘counts’ as politics are rewritten. The expansion of these bounds creates room for alternative ideas, identities, and possibilities. Ultimately, this can redefine what knowledge, and whose knowledge, is prioritised in the nuclear realm.

What issues have you been working on or teaching and what do you think are the most important questions these raise with regards to responsibility?

Navigating questions of who is legitimised as a nuclear “expert” and who is denied a voice in this space, has led to important shifts in our sense of responsibility as both academics and teachers. The hope is to make accessible and engaging teaching materials about nuclear weapons politics that are free. Importantly, these resources will centre – not “add on” – antiracism, decolonialism, feminism, queer studies, disability studies and environmentalism, and how these perspectives change and enhance our understanding of the complexity of nuclear weapons politics. When we consider and incorporate these perspectives, we begin to question the centring of the state over the human, the prioritisation of deterrence over disarmament, and the endorsement of military-industrial logic over the science of global survival. Ultimately, this leads to a position of responsibility for the empowerment of diverse voices and cultivation of inclusive spaces.

What does responsibility mean to you as an individual researching nuclear weapons and popular culture?

For me and my research, ‘responsibility’ embodies a ‘process of questioning’. It means asking what is highlighted and what is backgrounded, who is heard and who is silenced, where is the centre of power and where are the margins. I feel a responsibility to not take anything for granted but instead to question the discourses that uphold and maintain nuclear weapons. I feel a responsibility to highlight the paradoxes, contradictions and inconsistencies that exist at all levels of a nuclear weapon’s ‘lifecycle’: mining, production, testing, storage, and retirement.

For anyone who has studied nuclear weapons, or encountered them in practice, paradox shapes everything: they cannot be used but cannot be removed, they are safe in our hands but dangerous in theirs, they need to be hidden but they need to be found, they are God-given but they are a scientific revolution. Ultimately, these narratives remove responsibility for the invention and use of the bomb from the human realm and, in doing so, remove responsibility for its management and control. This is why I feel an urgency to highlight these dynamics, promote public articulation, democratic engagement, and social scrutiny.

As someone who attends multiple events and conferences in different countries, how do you think these have influenced your perceptions of the discipline?

The question of how to build a more responsible global nuclear order is, without a doubt,at the centre of nuclear weapons research. However, the ways in which ‘responsible’ is defined varies. For some, the US, UK and France are ‘responsible’ nuclear weapons states. For others, this framing is inherently based on the problematic, false binary of ‘’us vs. them’, ‘West vs. rest’ , known in our field as ‘nuclear orientalism’. More specifically, ‘Nuclear Responsibilities’ is a growing subfield of nuclear policy research. I would direct anyone interested to BASIC’s accessible research on this..

It is also worth noting that these discussions vary between academic and policy fields, as well as between stakeholders in nuclear armed states, nuclear umbrella states, or nuclear free zones. Drawing very generalised lines, one could argue that academics have more freedom to write normatively – about the way the world should be – whilst policy makers are often working within more defined pragmatic, institutional, and political boundaries. This can translate into differing notions of responsibility, for instance: ‘is one responsible for the security of their own state, or the security of the world?’.

Have you seen any consensus on who and how international actors, state actors, non-state actors should take responsibility for the management of nuclear weapons, and what that looks like in practice?

The UN Treaty on the Prohibition of Nuclear Weapons (TPNW) came into force in January 2021 when the majority of signatory states agreed to ban nuclear weapons. The TPNW prohibits nations from developing, testing, producing, manufacturing, transferring, hosting, possessing, stockpiling, using or threatening to use nuclear weapons by international law. It is thus the most comprehensive nuclear ban treaty in existence.

Signatories of the TPNW see it as their responsibility to aid all victims of the use and testing of nuclear weapons, as well as the natural environment. Responsibility is thus holistically defined, accepting shared accountability even when not directly ‘responsible’ for the harms from nuclear weapons. This is the form of global stewardship and cooperation necessary when issues transcend borders. The TPNW grew out of an effort to stigmatise nuclear weapons and reframe them as contrary to humanitarian interests. In other words, public opinion really matters for states to abide by the TPNW in practice. People must be angry and they must be vocal if they want their government to become a signatory. For these reasons, the TPNW represents the most promising hope for the management of nuclear weapons ‘in practice’.

How has your perception of responsibility as an individual in research changed, having now taken on a role of seminar tutor at Newcastle University, if at all? What responsibilit(ies) do young people like you have in operating within the field of nuclear weapons?

As a young woman in non-proliferation and disarmament, I feel a sense of responsibility to make sure I am heard within the field. Even the areas of non-proliferation and disarmament, traditionally seen as ‘feminine’ compared to other areas of military/strategic research, is very male dominated. According to a recent UNIDIR study,the average proportion of women in large meetings (over 100 participants) is 32 per cent, and only 20 per cent in smaller forums.

I am also a strong advocate for increasing young people’s engagement with nuclear weapons. My generation has grown up fearing terrorism and climate change, not nuclear war. With the only military use of nuclear weapons 55 years before I was born, it is easy to see how nukes have become forgotten artefacts of a bygone era. However, nuclear weapons are more a threat today than ever before. Every nuclear weapon state is expanding and/or modernising its nuclear capabilities. In beginning to teach at university level, I feel a sense of responsibility to encourage my students to engage with these issues. Too often nuclear politics is constructed as if it is reserved for experts. I try to break down these boundaries by finding an accessible ‘way in’ for students. If they are interested in democracy, I point them towards research on the incompatibility of nuclear weapons and democracy; if they are interested in climate change, I point them towards research on ‘nuclear winter’; if they are interested in colonialism, I point them towards the ongoing impacts of ‘nuclear colonialism’. I suppose I feel a responsibility to share my passion, but also to connect others with theirs, in order to empower students’ own curiosities.

Have you learnt anything particularly useful that would help other researchers, students and/or young professionals in their academic/professional careers?

I think the main thing I have learnt is to do what excites you. It sounds cliché but that is what will lead you to a fulfilling career. If your drive is not your interests and passions, any career will be a slog. I can’t speak for industries outside of academia, but in conflict resolution there are no ‘easy’ career choices. Academia has many challenges, but it is a path that allows you to explore your own research interest and be surrounded by people who never want to stop learning. It is a route that will give you the time and resources to invest in those questions that you want answers to. If you find you have that passion to learn then follow it – it can be really fun!

Dr Euan Raffle works at the University of Sheffield, UK. His research focuses on state violence in the context of drug policy, Southeast Asia, and critical security studies. His twitter handle is @Euan_Elffar.

You can listen to the episode below, or on Spotify or Anchor. 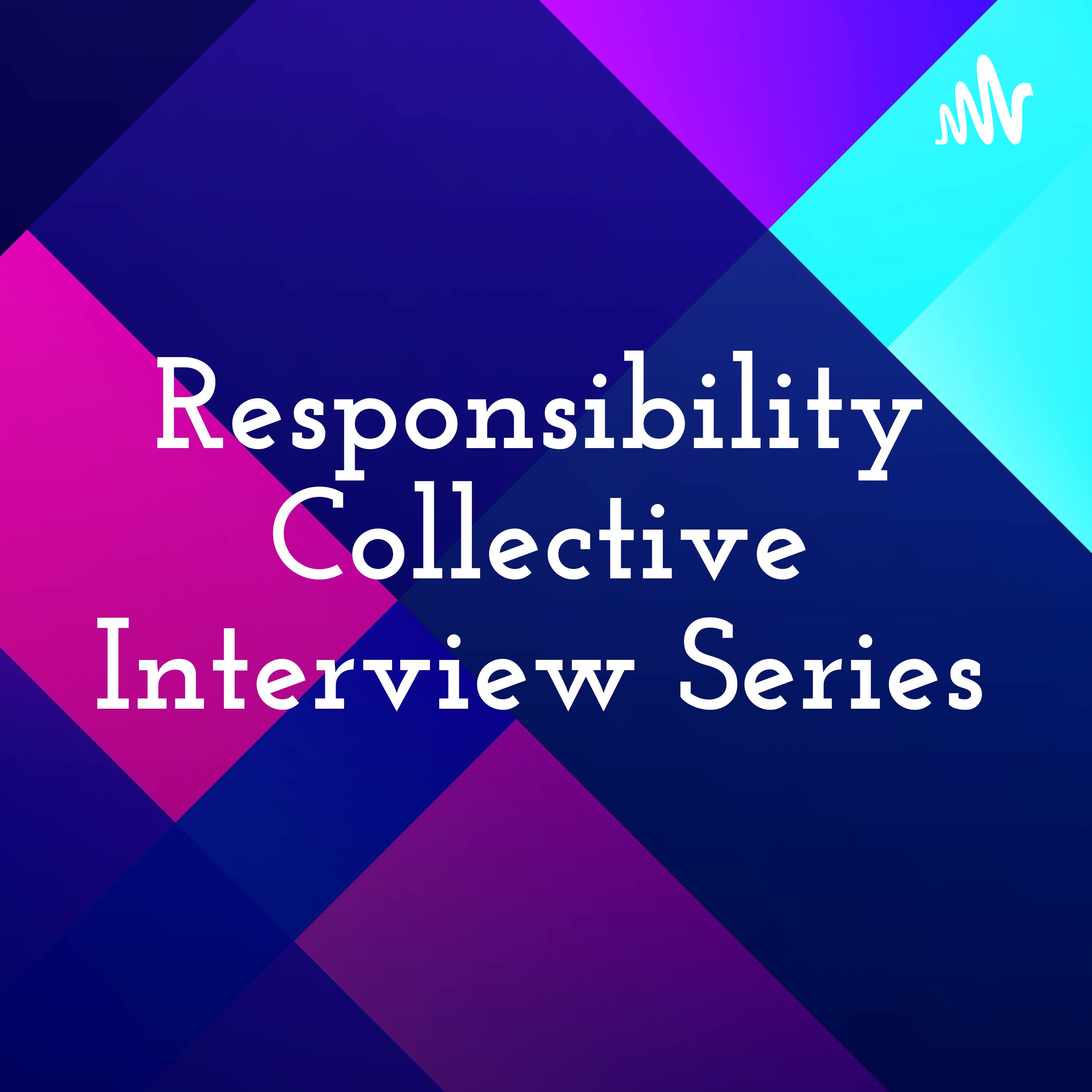 Discussion around Euan’s research topics and journey in academia

Raffle, E. 2022. Bongbong Macros and the ICC: What of the Philippines and the ‘War on Drugs’? European Centre for the Responsibility to Protect (ECR2P), University of Leeds.